The Claretian Teaching Ministry (CTM)—formerly known as Claretian Tape Ministry—is a religious apostolate founded in the early 1970’s by Rev. John H. Hampsch, CMF, a Claretian Missionary who was ordained as a Catholic priest in 1952. The outreach is designed to provide wide

Originally, all of Fr. John’s talks were recorded on reel-to-reel recorders, and later by cassette recorders. With multiple duplication not yet invented, copies of his talks were copied one at a time and sold at his preaching, teaching and healing services. His most popular healing programs, of several hours each, include The Healing of Memories and Healing Your Family Tree.

CTM is now one of the largest spiritual teaching outreaches of its kind. Father John’s 20 published books, more than 100 booklets, and many audio CDs and   DVDs in single and album form, are available via mail, phone or through his online web site store: A few of his books and booklets are available in Spanish. All of the net proceeds from this ministry, including stipends accompanying Mass requests, are used to help the poor of the Claretian missions worldwide. CTM’s earliest income was used to build Immaculate Heart Seminary in Owerri, Nigeria, where many future priests are educated. 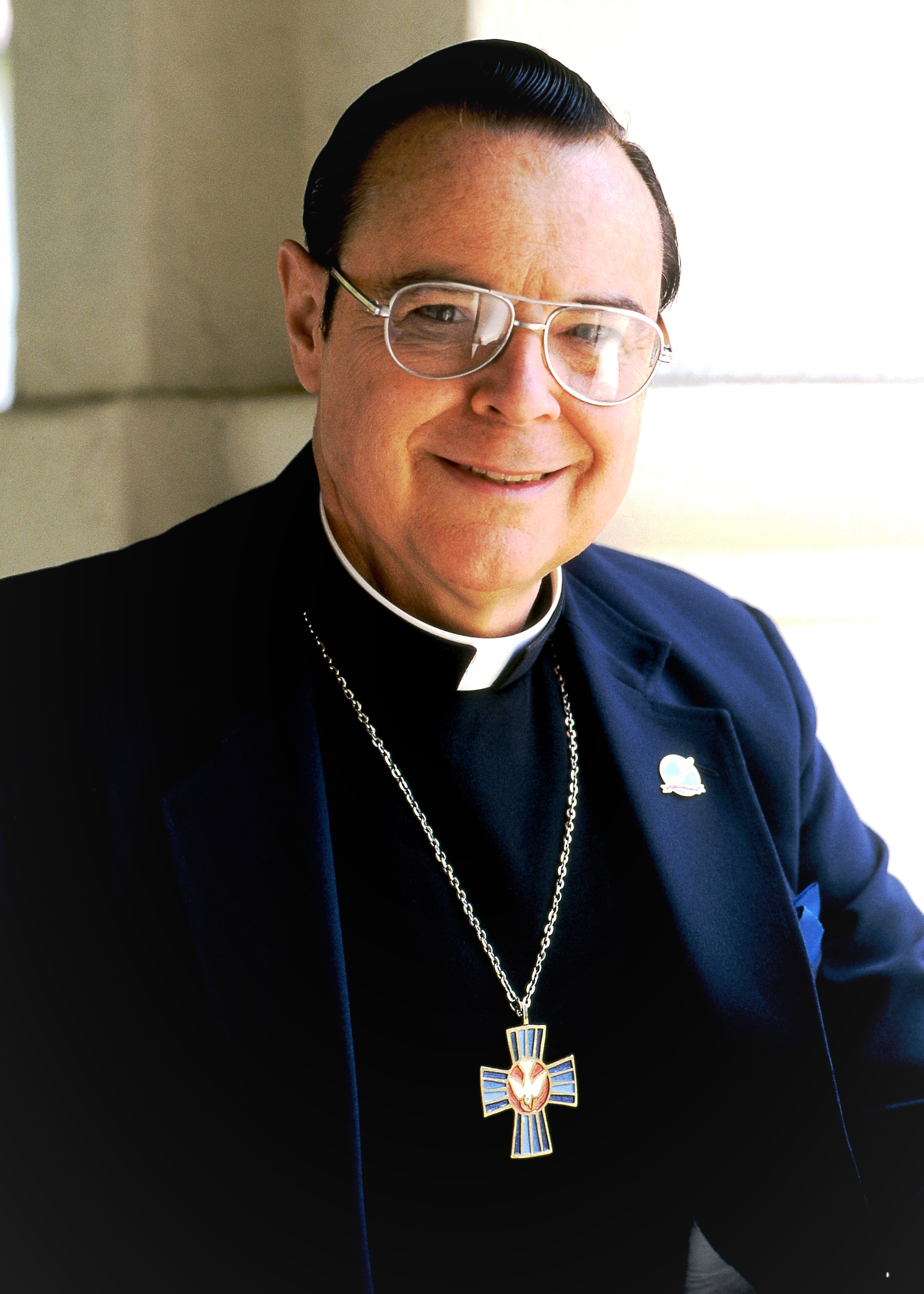 ursillo director and director of suicide prevention programs in Texas and California.

He earned degrees in philosophy from Loyola-Marymount University in Los Angeles and from Notre Dame University, with postgraduate work at the University of Southern California and the Dominican House of Studies in River Forest, Illinois, in ascetical and mystical theology.

Widely traveled in 58 countries and every state in the US, Father Hampsch calls himself an “itinerant preacher-teacher,” with special emphasis on teaching and charismatic healing services. His primary interest has been to bring Jesus to the hearts of people through the mass media, such as his three former TV series, Send Forth Your Spirit, Glad You Asked, and Go Tell the World, and as frequent guest speaker in the former TV series, Coast-to-Coast and Didache series, and as a regular panelist on Clergy on Call, EWTN TV and various TV and radio series, and as a guest on Pat Robertson’s 700 Club TV Show.

While his poetry and articles have been published in various popular magazines, his more scholarly writings are found in academic periodicals, such as The Journal of Neuropsychiatry, which published his thesis on The Ethics of Psychosurgery.

He has been invited twice by the Vatican’s Pontifical Council of the Laity to participate in its periodic Colloquium in Rome on the Charismatic Dimension of Christian Spirituality, and was tenured as a faculty member at the Pope Leo XIII Institute, training priests in Demonology, Deliverance and Exorcism.

Father Hampsch has held former positions as an officer in the Los Angeles Archdiocesan Communication Association, as psychological consultant to the National Broadcasting Company, as a member of the Association of Christian Therapists, and past president of the Catholic Philosophical Association. He has been active in the Charismatic Renewal since 1970 and a speaker every year for 45 years at the annual Southern California Renewal Convention.

His many published articles and poems, his 20 books and more than 100 booklets (some translated into 12 languages), as well as his numerous CD and DVD albums and Internet podcasts, are often used as discussion material for study groups and home retreats. As Director of CTM, his materials constitute one of today’s largest Catholic communication ministries, with its proceeds supporting Claretian missions throughout the world. All of his materials can be ordered from his office or through his web site.